Evil Eye jewelry is by far one of the most popular items and images in all of Middle Eastern art and jewelry. This is of course true in Judaism and greater Jewish culture as a whole. One of the great series in British television was Civilisation, a 13-part look at the West and the art that has come to define it as “the expression of an ideal.” This is a good way to look at art as a whole, so what does it say for the Evil Eye, Jewishness, and the “ideal” of the former expresses about the latter? 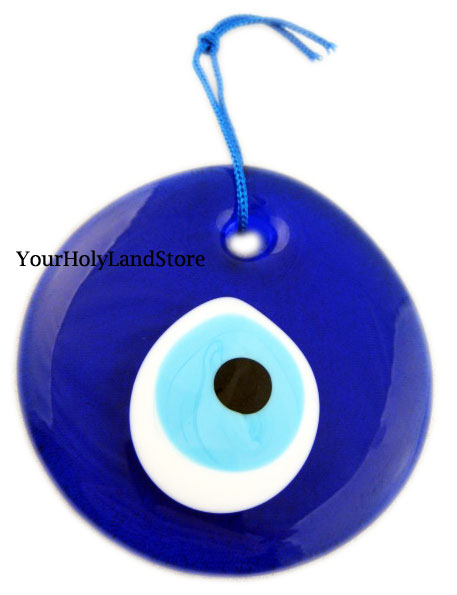 The Evil Eye goes back thousands of years, and is found in many cultures which populated Europe to the Middle East to India. It should come as no surprise that eyes and sight are symbolically powerful in each region. Images of eyes pervade Hindu, Islamic and Egyptian art, while Plato famously equates sight with understanding in his dialogues. Genesis both precedes and prefigures that view, with God’s famous commandment “Let there be light” being at once equated with the attributes of creation, power, and goodness traditionally associated with God. This, combined with the gift of prophecy—enabling individuals to see and communicate future events and the will of God—themselves communicate the “ideal” expressed in the connection of vision, eye, and ultimately Godliness in ancient Judaic views. Where Plato’s analogy is purely epistemological in nature, the Judaic view asserts a moral connection between sight in the physical as well as metaphysical sense, and so the eye in Judaic art takes on a moralistic and often spiritual tone. 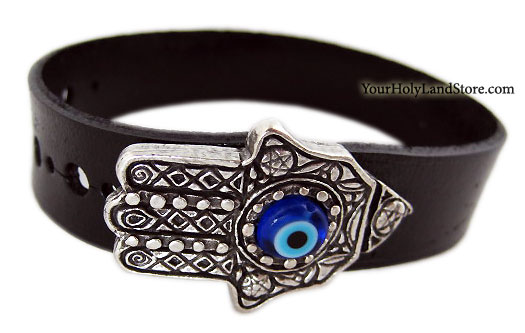 The Evil Eye, therefore, may be seen as an inversion of both that morality as well as the ideals which underpin it. In each culture described above, the Evil Eye represents force of both great power as well as potential danger. In Judaism, this is raised to the level of malevolence, which may again be seen as resulting in part from the moral connections elucidated above—if sight, light, and the eye connote symbolically as Godly, then a force or power acting beside God’s will is necessarily considered to be outside the morality embodied by God, in the ancient Judaic sense, hence the “Evil” Eye. This view is continued in other ancient Judaic works, such as the Pirkei Avot, wherein eyes and vision take on a more communal connotation, as a “good eye” and thus good view of life is aligned with rejoicing in the prosperity of others as well as and, indeed, as part of oneself, while an “evil eye” stands instead for a selfish malevolence towards the joy or prosperity of others beyond oneself. Both “b'li ayin hara” (in Hebrew) and (Hebrew) and “kein eina hara” (in Yiddish) translate as meaning “without an evil eye.”

Evil Eye jewelry is similarly intriguing, and nowhere is this more apparent than in the case of the hamsa. This form of Evil Eye jewelry commonly features an eye situated in the palm of a hand. Where the Evil Eye as an ideal represents malevolence, Evil Eye jewelry in general and the hamsa in particular is seen in a classical sense as warding off that malevolence, thereby unify the wearer. Hamsas remain one of the most iconic and arguably aesthetically-unifying images throughout Israel and the Middle East. Within Israel and the Diaspora, hamsas can stand from everything from those traditional to a secularized good luck charm to a symbol of the continuity and adaptability of Jewish identity throughout the millennia.

All that and more brings us full circle to that aforementioned notion of art as “the expression of an ideal.” In that vein, evil eye jewelry such as hamsas at once express both the eternal tension between good and evil, as filtered through the symbolic meaning of the eye, as well as the greater cultural endurance, a key aspect of classical Jewish ideology at once preserved and made modern.